Like many “second career” vintners, Chad came from many professional successes prior to the creation of Bigsby’s Folly. First as an Aerospace Engineer (a rocket scientist), next as a senior business consultant, and most recently in the home-building and oil & gas industries. While his background is diverse, the one constant is Chad’s relentless determination and desire to make a difference. For over 30 years, work was just a job. Chad and Marla always dreamed of retiring in Napa Valley where they would own and operate a winery. Chad would become a vintner because he loves to be hands-on, creating. Marla would run the tasting room commonly known as the "cellar door", and use her 20+ years of marketing experience to build the brand. But as everyone has heard the saying “If you want to make a million dollars in the wine business, start with ten million”, it remained just a dream, that is until the concept of the URBAN WINERY came to be. And, during the boom of 2016, there was no better city to open in than Denver, Colorado.

Finally, the dream turned into a reality. The Yetka's could pursue their passion AND create an authentic and quality winery experience accessible to everyone, not just those fortunate enough to travel to Napa, Bordeaux or other well-known wine regions. It was a simple matter of transport. Instead of people traveling to the grapes, Bigsby's was going to bring the grapes to the people. Bigsby’s was born of the love for good wine, and the realization that unlike craft beer and spirits, the wine industry is too often segregated from the wine drinker. So we’re bringing expertly crafted, high quality wines to you, from the best know wine regions in the world, without the attitude. We call them BIGSBY’S FOLLY, because while we are committed to the highest standards in artisan winemaking, this is a passion project for us — because life’s too short to always play it safe. 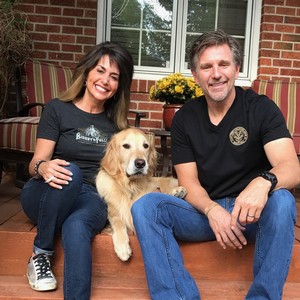